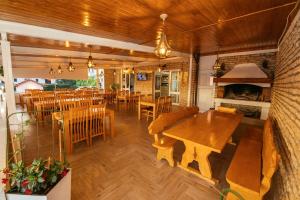 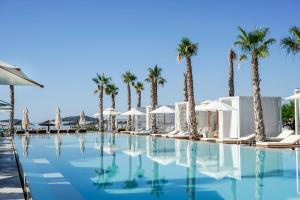 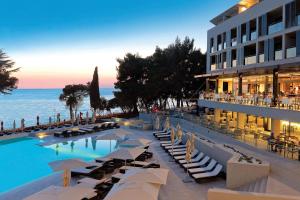 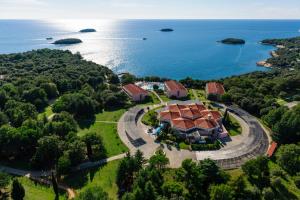 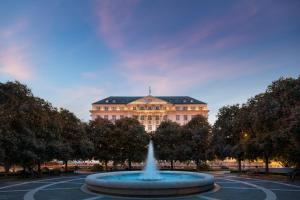 Sveti Filip i Jakov is a small settlement with a port, which is the center of the municipality of the same name and belongs to the Zadar County. The picturesque town lies on the shores of the Pasman Channel and is surrounded by the historic city of Zadar and the royal city of Biograd.
The center of the coastal settlement is about 700 meters away from the coastal part. Filip i Jakov is known for its former summer homes and parks that belonged to Zadar nobles. Today, the Borelli family park is still popular. Thanks to the Borelli family, the place has a long tourist tradition, as two parks and a summer residence where the family received friends and acquaintances, prominent personalities of the time, are the forerunners of current weekend houses and tourist facilities. Today, Sveti Filip i Jakov is a mixture of magnificent Dalmatian nature, the sea offers mysticism and beauty, while the vast and fertile hinterland represents protection. It is a mixture of cultural heritage and modern lifestyle. Sveti Filip i Jakov lies in the area of the former small settlement of Liburni, built three millennia ago, and its remains are still visible in the walls and mounds. The Romans built farms and summer houses for their veterans in the 1st century. However, it was only when the Croats came to this area that it became important due to its location near the royal town of Biograd with estates in the hinterland of Sveti Filip i Jakov. In 1059, the Croatian King Kresimir IV founded the Benedictine monastery of St. John (the monastery of St. John) in Biograd and gave them his royal castle Rogovo with a large estate. In the nearby Rogovo, a medieval village next to the Church of St. Mihovil, today St. Roch, in Dvorine Castle, a settlement was established in the late medieval period, which provided natural access to the sea for the rich Benedictine abbey. In the area of the present settlement, the church of the same name was destroyed during the Hungarian-Venetian war in the 14th century. The first written record of the settlement according to archival documents dates back to 1387. The first residential buildings in Filip i Jakov were built by Rogovci at the end of the 15th century and at the beginning of the 16th century. At the beginning of the war with Cyprus (1570-1573), the Turks gained the narrow surroundings of Filip i Jakov. The place was inhabited by refugees from the devastated Rogovo. The settlement was also destroyed during the Cretan War (1645-1647). The Church of St. Roch from the 11th century is a Romanesque monument, rarely preserved outside the medieval coastal towns, so it is classified as an important cultural monument. The center of the old town, as we see it today, originated in the 16th and much of the 17th century. At the entrance to the heart of the old town, you can see Kastel, a castle from the 17th century with the embedded coat of arms of the abbots from Rogovo. Although the Church of St. Mihovil is mentioned in the 16th century, the present church with a bell tower was built in 1707, after the Turkish devastation.
Famous cultural monuments include Borelli Park as a cultural monument of park architecture in the heart of the village, the remains of a Benedictine castle in Rogovo, divided into three levels and Borelli House with Arboretum, which is part of the protected natural heritage.

Church of St. Phillip and Jacob 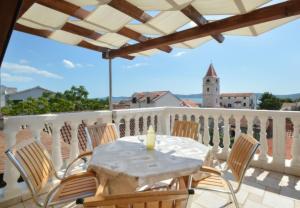 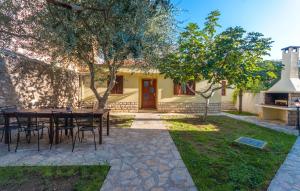 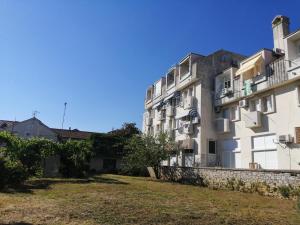 Sveti Filip i Jakov
Apartments by the sea Sveti Fili... 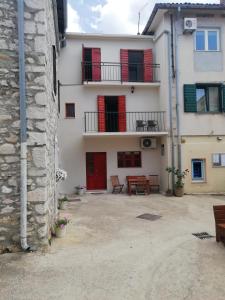