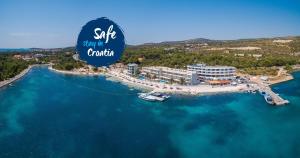 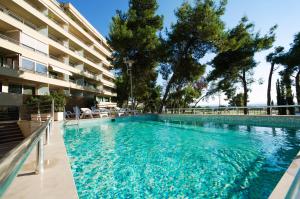 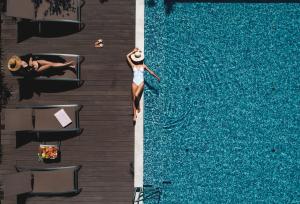 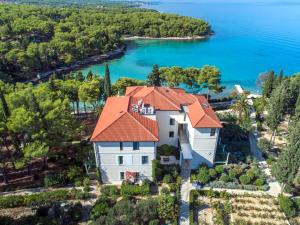 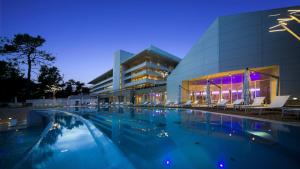 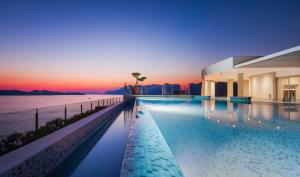 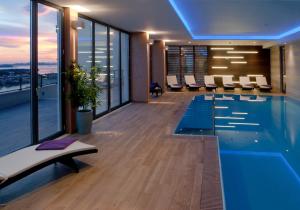 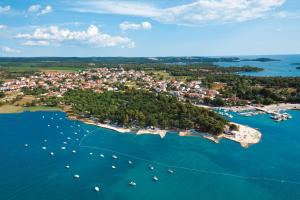 Rogoznica is a pleasant Mediterranean town in the center of Dalmatia. The nearest places are Primosten with the religious-tourist monument of the Black Mary, Trogir and Sibenik with the Krka National Park.
Rogoznica is known as a starting point for a trip to the Kornati archipelago. Rogoznica is located on a peninsula that was once the island of Kopera. The island was connected to the mainland by an artificial embankment in 1880. Stara Rogoznica (Staro Selo) was built on the foundations of a former Greek settlement from the 4th century BC. Old, stone houses give Rogoznica a typical Mediterranean look. Much of the former island is covered with pine forest, making it ideal for long walks and recreation. At the very top of Kopara, the locals created a labyrinth of lavender, in the middle of which stands a statue of the Mother of the Sea. The diameter of the labyrinth is about 40 meters and the area is about 1000 square meters. The longest promenade through the labyrinth is about one kilometer long, and the shortest about 600 meters. Lavender is a medicinal plant that emits fragrant scents. The lactation of lavender flowers and the production of essential oil will be carried out by the Krtol school cooperative. The inhalation promenade is an interesting tourist attraction. In addition to the maze, a popular attraction is the Aquarium Park, which is located outdoors. The largest attraction of the park is the sea aquarium, with which they wanted to show life in the sea. It is home to marine species that are well tolerated. We can admire octopuses, sea bream, sea urchins, starfish and others. Among the cultural attractions, the parish church of the Assumption of Mary stands out, which was built in the Baroque-Neo-Gothic style, which is characterized by many ornaments. It was first mentioned in 1615. It was consecrated in 1746, as can be seen from the inscription above the main entrance.
Rogoznica is known for the most beautiful marina on the Adriatic, Marina Frapa. The modern complex consists of piers with moorings, a hotel, a swimming pool, a congress hall, catering facilities, night clubs and sports fields. Near the marina is a unique lake Dragon's Eye.

Path to the Lavender labyrinth on the top of Kopara

Arrive on the top of Kopara where is Lavender labyrinth

Lavender labyrinth on the top of Kopara

Statue Mother of sea in the middle of the Lavender labyrinth

Lavender labyrinth and the transmitters in the background

View from the Kopara hill 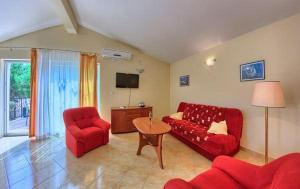 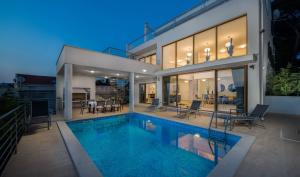 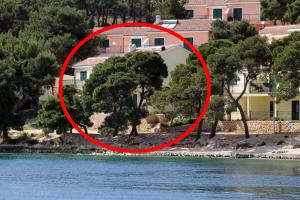 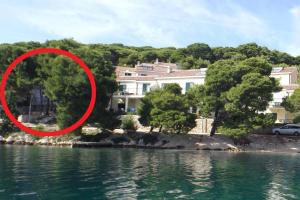